Primary School for Van from the Jewish Community of Turkey 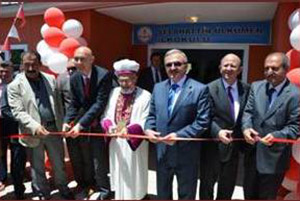 The inauguration of the primary school, which was named after Selahattin Ülkümen, The Righteous among the Nations, was held on June 5, Tuesday, with the participation of a delegation consisting of the notables of Jewish Community of Turkey, an official from American Jewish Joint Distribution Community, Ami Bergman and the local governors.

A Protocol Was Signed With The Governor Karaloğlu

The Governor of Van Münir Karaloğlu hosted Chief Rabbi Rav Isak Haleva, the Officer of the Ministry of Foreign Affairs, Ambassador Kaan Esener, the Head of the Community Sami Herman and the Former Head of the Community Silvyo Ovadya in his office. During the press conference, the protocol for Selahattin Ülkümen Primary School was signed. The Governor Karaloğlu stressed that this aid is a very precious one and expressed his wishes that the children to be educated in this school will become individuals beneficial to their homeland and thanked to the officials of the Jewish Community of Turkey.

A School For 450 Students In Kiratli Village

The inauguration ceremony of the school, participated by the local governors and the people of the village as well as the students commenced with a stand in silence and the singing of Turkish National Anthem. After that, the Governor Karaloğlu, the Provincial Director of National Education Ali Ihsan Sayılır, Ambassador Esener, Chief Rabbi Rav Haleva and the Head of the Community Herman delivered speeches. The Director of National Education Sayılır defined the school built by the leadership of the Jewish Community of Turkey as a model and Ambassador Esener said that it is very meaningful that the school is named after Ülkümen and this move is a source of pride for the ministry.

The Chief Rabbi Haleva described the school project as a monument of the feelings of patriotism within the Jews in Turkey. The Head of the Community Herman spoke as follows: "By naming this school after Ülkümen, we wanted to express out thanks to him one again."

The Minister of Foreign Affairs Ahmet Davutoğlu sent a message to the Chief Rabbi Isak Haleva and the Head of Jewish Community Sami Herman in honor of the inauguration of Selahattin Ülkümen Primary School. The message read as follows:

"It has been greatly touching for me that this school was named after Selahattin Ülkümen, the role model and diplomat, who received the title of ‘The Righteous among the Nations' and rescued the Jews of Turkey during the Second World War.

I heartily believe that Van will be getting over this troubled situation with your contributions and the young people that will graduate from Selahattin Ülkümen Primary School and the other primary schools of Van will bring significant contribution to the bright future of our country."

Among the other officials that delivered their congratulations in honor of the inauguration of the primary school are the President of Turkish Grand National Assembly (TBMM) Cemil Çiçek, Minister of Education Ömer Dinçer, Minister of Culture and Tourism Ertuğrul Günay, State Minister Egemen Bağış, the Leader of Republican People's Party Kemal Kılıçdaroğlu, Vice President of Justice and Development Party Hüseyin Çelik, the Governor of Istanbul Hüseyin Avni Mutlu and Mayor of Istanbul Kadir Topbaş. 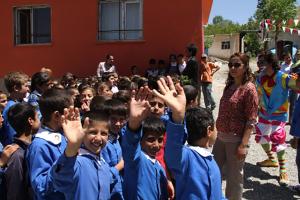 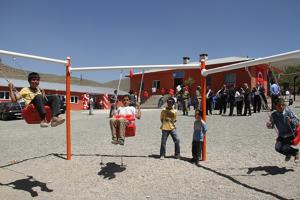 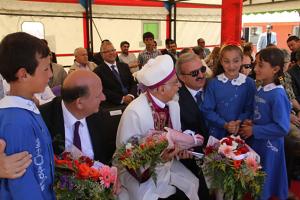 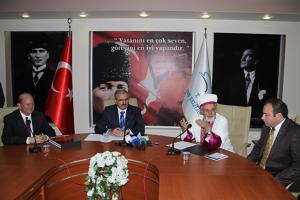